To Volume I Episodes 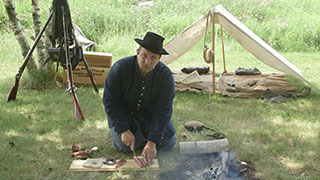 Episode 2a-d: Michigan Civil War Books In participation with our partner website, www.allmichigancivilwar.com, we provide this four part series on books about Michigan’s involvement in the Civil War. 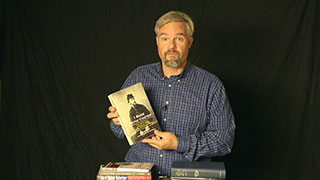 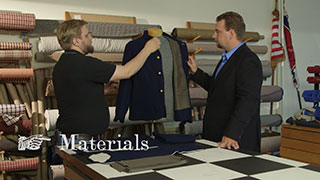 Episode 4: GAR Museum We visit with the Board President of this Michigan museum and share images of the museum, it's story and collection. 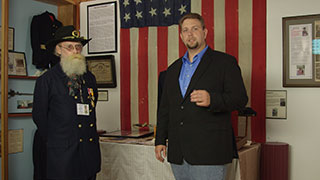 Episode 5: Research Triangle We talk with jewelry maker Kristen Mrozek about the three types of sources she recommends be used when researching material culture items. 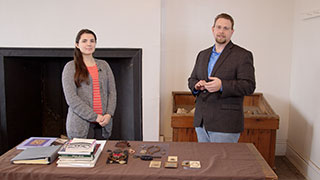 Episode 6: General Casey's Stew We learn how to make a recipe General Silas Casey suggested to the men of his command. 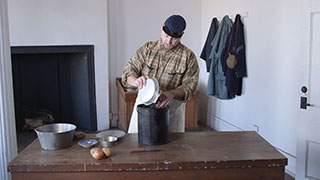 Episode 7: A Piece of Flag History Hear the story of how a piece of a battle flag finally returned home. 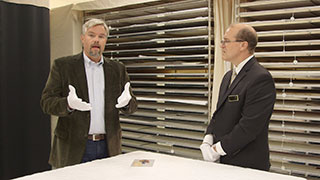 Episode 8: Aprons - Not Just for Cooking We talk about the uses of aprons and view originals, guided by collector and garment maker Jackie Jacobs. 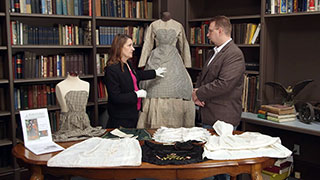 Episode 9: Simple Dumplings Learn a simple recipe using flour so a soldier or a civilian can have a simple yet filling addition to a meal. 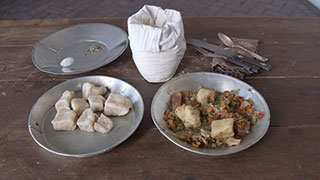 Episode 10: Make a Blanket Roll Hear the thoughts of veterans, North and South, as they describe how they made the blanket roll and we demonstrate the process. 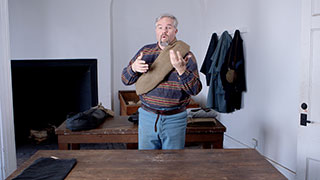 Episode 11: Don't Let the Colors go down! This episode tells the story of an early volunteer and the flag he carried.‬‬‬ 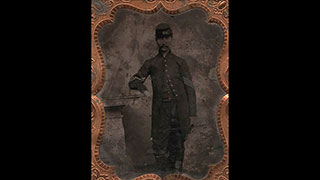 Episode 12: Jewelry and Materials Provided here is a brief overview of jewelry styling popular during the war. 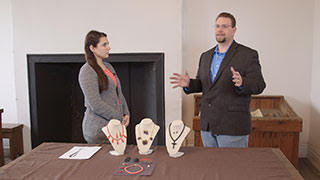 Episode 13: Knapsack Packing This episode shows a good placement for many items and terms used by the government to describe the different parts of the knapsack. 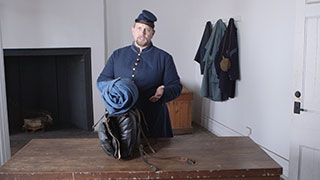 Episode 14: A Flag's Importance Hear a discussion on the tactical and emotional importance of flags on the Civil War Battlefield. 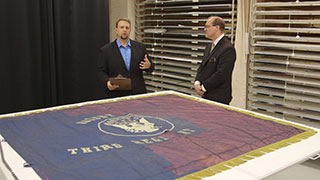 Episode 15: Coffee on Campaign Click here to learn a great way to make coffee, drawn from an Ohio veteran’s writings. 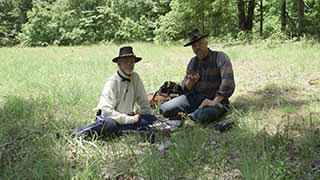 Episode 16: Men's Vests View four original men’s vests as we learn about the role of this garment in a Civil War man’s wardrobe. 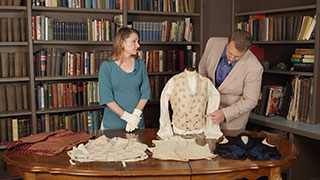 Episode 17: Girl's Dresses A wide range of original pieces introduce us to types of clothing worn by little girls. 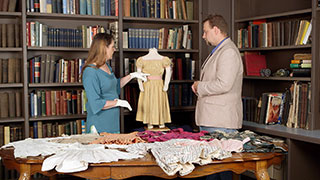 Episode 18: Hooker's Retreat Learn how to make a drink popular with the officers of the 118th PA. 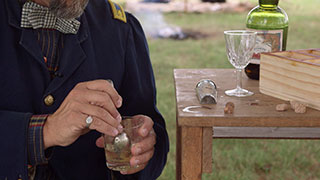 Episode 19: Cornfields, like Antietam Enjoy a discussion of how period cornfield differ from modern and how that affected Civil War combat. 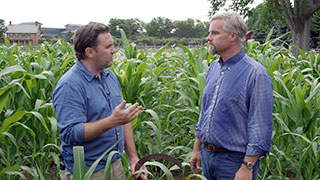 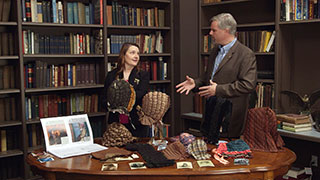 Episode 21: Preparing Salt Pork Hear about what salt pork is and then learn several ways to cook it. 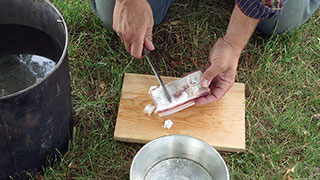 Episode 22: Roasting Coffee Watch and learn how to roast green coffee beans in the field. 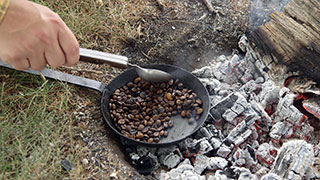 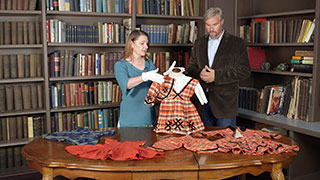 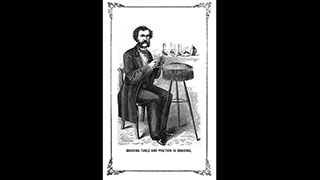 Episode 25: Christmas Decorations
in the Civil War View Civil War Christmas decorations as they are put around the house and on the tree. 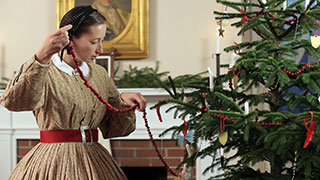 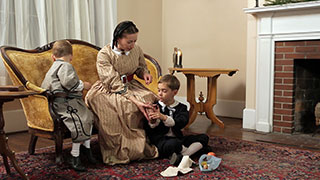 To Volume I Episodes